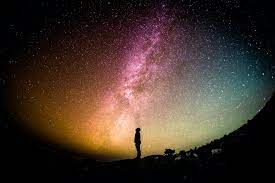 I didn’t intend to get caught up in the Outlander series of books, but here I am on the sixth installment.  This historical, science-fiction series is the life work of author, Diana Gabaldon.  On her website, she admits that she wrote the first book as an experiment to determine if she could even write a book.  Twenty years later, she is just finishing Book Ten of this series.  I’d say she can write.

The setting for the book I’m currently reading is North Carolina. The time period centers on the year 1775 – a pivotal time in the history of the United States of America.  So much of what occurred during that time seems to echo through today’s current events, I am left to agree with the quote from Mr. Karr, above:  “The more things change, the more they stay the same.”

As the colonies march inexorably toward revolution, the reader is treated to a history lesson that most of us didn’t really comprehend when we studied U.S. History in school.   The colonists were divided into two major camps:  the Whigs and the Tories.  The Whigs were the rebels; the Tories were the Loyalists.  Caught in the middle of all this were the Native American tribes and nations.  Our treatment of them is a sad legacy that continues to this day.

Before I get into trouble with historians or political scientists, let me state that I am going to over-simplify the situation in 1775.  In a nutshell:  The rebels chafed under the injustice of massive corruption and of high taxes, which were imposed on them without their input or consent.  They definitely didn’t like being ruled by a king who was an ocean away from them.  They didn’t necessarily want to create the republic we ended up with, but they did want to be independent of England. (Remember, some wanted to make George Washington a king!) Still, they wanted what they saw as progress – to move beyond the old way of doing things into something new that they saw as better.

The Tories, on the other hand, wanted to keep the status quo.  They were accustomed to being ruled by a king across an ocean.  Yes, there was corruption and unfairness, but that was the way of things.  It was not enough to make them want to cast off all ties to what was familiar.  After all, they’d been through enough change already.  Hadn’t they left everything behind in Europe — all that was known in order to venture forth into a better life in the New World?  Weren’t they better off here? Didn’t they have opportunities here that they never would have had back there?  They had had enough change for now.  They wanted to conserve what they knew, maybe introduce a little change but certainly not a revolution.