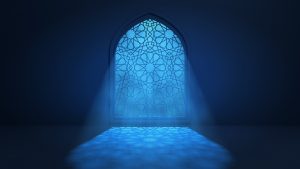 It came through the bedroom window on a clear, crisp moonlit night.  “It” was a palpable energy that seemed to emanate from the moon itself.  My sad and sluggish self/spirit was suddenly infused with an overwhelming sense of what I could only call “love.” I have never forgotten that feeling and the euphoria that followed.  In fact, as I look back, I realize that much of what I did in the years after that was part of a futile search to recapture that sense of wellbeing.

But I’m getting ahead of myself.  This story actually begins three days before the moonbeam event.  It started when I received some devastating news that destroyed the well-laid plans I had for my future.  I was so devastated by “the news” that I couldn’t function.  I retreated to my bed, where I alternately wept and slept, refusing to eat or communicate with anyone.

It was as if, upon hearing the news, all the emotional loss and pain of my entire life had broken through the fortified barriers I’d built.  My well-developed defenses had crumbled.  I cried for my sad and painful childhood.  I berated myself for my failed relationships.  I felt hopeless to change the overall pattern of my life:  I was a loser, and I would always lose at the game of life. I didn’t know how to bear this pain or make it go away.  I couldn’t summon up enough hope to even call for help, though I knew I should. I had lost hope. Nothing and no one could make any difference.  As I quite literally began to bang my head against the wall, I remembered an exercise that had helped in the past.

At the time, I was a practicing Catholic and had found a book called, Healing of Memories by Dennis and Matthew Linn.  Using an exercise from the book, I had healed a painful memory from my childhood.  I knew that this was actually healing because I could recall the memory with no emotional residue afterward.  I could even share the memory without breaking down, which before the healing was not possible.

The technique was simple.  It consisted of reliving a memory and inviting Jesus into the scene.  When I did this, what happened was entirely unexpected.  At the point in the memory where I was usually devastated by an adult’s behavior, Jesus reached down and picked me up.  Holding me on his hip, he calmly explained why the adult in the memory behaved in such an out-of-control way.  He told me that what had happened wasn’t my fault.  Confidently Jesus announced that together we could see that adult as a flawed human being and have compassion for the suffering that caused the behavior we were witnessing.  I remember feeling safe and comforted in Jesus’s arms.

Knowing the technique had worked before, I searched my mind for the critical memory to heal my current situation.  There were so many!  I found it impossible to settle on just one memory that would remove the unbearable pain I was experiencing.  Throwing my hands up in the air, I said, “I have to start from scratch.  I need to have Jesus hold me from the moment of my birth.”

So, that’s what I did.  I imagined myself being born into the very hands of Jesus.  I had not yet heard of re-birthing techniques, so I just used my imagination. I pictured myself emerging into the world and being caught by Jesus.  I allowed myself to feel as if I were the one wrapped in “swaddling clothes” and lovingly held by this man in whom I wasn’t even sure I believed.  Undoubtedly, I was comforted, for I fell into a deep, peaceful sleep.  It was upon awakening many hours later that the moonbeam hit me.

As I awoke that night, my first sensation was one of absolute peace.  I was puzzled because I knew nothing had happened to change “the news” I’d received three days earlier.  Then, I remembered the healing technique I’d used.  It must have worked because not only was I peaceful, but I was hungry!  Not having eaten in three days, I decided to get out of bed and find food.

As I passed the window while walking around the bed toward my slippers on the other side, the beam of light and energy hit me.  I stopped in my tracks.  If this had been a movie scene, I’m pretty sure the “Hallelujah!” chorus from Handel’s Messiah would have been playing on the soundtrack.  If there had been dialogue, it would have sounded like this: “You are loved.  Nothing else matters.  Feel this love.  Love is all there is.  You are part of this love.  You are love, and you are loved.  This is the peace that passes all understanding.”  My entire being – mind, body, and soul –  was the very essence of a love I’d never known before.

The next day, I returned to work after having been AWOL for three days.  My friends, anxious to do what they could to make me feel better, were astounded by my happy, smiling, peaceful entrance into the office.  I didn’t even begin to try to explain what had happened. I just assured them that I was okay.  More than that, I was euphoric.  For seven straight days, I felt like my feet never touched the ground.  I even felt taller, like I was walking three feet off the ground.  I was perfect, whole, and complete. I wanted to bottle this feeling and give it to everyone I knew.

After seven days, the feeling subsided. My life was altered by “the news,” and I moved forward on a different path.  Ultimately, the experience with the moonbeam of love led me to become a minister.  It anchored in me the knowing – which is far beyond merely believing – that there is something “out there.”  Beyond form or space or time, there is an energy capable of calling us into expressing our true nature as purely spiritual beings.  While I know this, I also know I’m lightyears away from living as that purely spiritual being.  What remains most from that night when love came through the window is my desire to share the experience.  If others hear this story, maybe they will be inspired to find the truth of their existence as I have. I hope they will come to know that no matter what happens on the physical plane, they are loved, and they are love.   And, even though I sometimes feel like John the Baptist – a voice crying out in the wilderness – not even that matters.