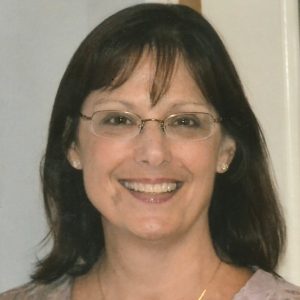 Rev. Jean DeBarbieris Owen, the minister at Unity Eastside Church, is known for her thought-provoking sermons which draw from many spiritual traditions, as well as for her transformational classes. Her class topics focus on becoming aware of and expressing our authentic selves, and on learning how we co-create our world. Followers of Rev. Jean’s teachings agree that they have had deep spiritual transformations that have resulted in learning to create healthier and happier lives. She has created courses based on popular books; such as The Secret and A New Earth. In addition, Rev. Jean has created original programs called “Pathfinders” and the “12 Steps to Spiritual Transformation,” both of which have changed the lives of many students, both at Unity Eastside and within the Tallahassee community.

Rev. Jean was born and raised in New Orleans, LA. After graduating from Tulane University’s School of Architecture, she moved west to Idaho and eventually served as the Assistant Planning Director for the City of Coeur d’Alene. In 1998, however, she could no longer deny her calling to become a Unity minister. While enrolled in her first classes at Unity Village, she met Skip Owen, from Jackson, MS. In an act of faith that still astounds them, they were married only four months later. Jean subsequently left Idaho, a place she’d lived in and loved for over 20 years, to start ministerial school in 2002, and was ordained in June 2002.

In 2003, Jean was drawn to the job as minister at Unity Eastside so she and Skip settled in Tallahassee. Early 2004 found them traveling to Russia to adopt their beautiful daughter, which was a dream come true for both of them. Rev. Jean says, “Marriage, ministry and motherhood are examples of Divine Order unfolding in my life.”

When she has spare time, Rev. Jean enjoys having quiet time alone to meditate and connect with Spirit. She also enjoys vacationing in the mountains.

Rev. Jean believes that the love of God is unfolding in each person, place and thing and revealing its magnificence. She emphasizes that Unity is a spiritual, not religious, path of spiritual wholeness.