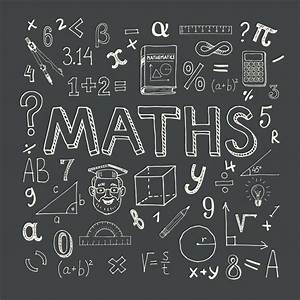 My daughter had an algebra problem earlier this year.  I am by no means an algebra whiz, but being the best algebra brain in the house, it falls to me to help her.  We were trying to solve this equation:  60 ÷ 5(7-5) =?

Again, let me repeat:  I am no algebra genius!  However, I do know how to ask a good question on the Internet!  The answer came back that solving the equation was a simple matter of following the “order of operations” rule.

Of course!  The “order of operations” rule!  How could I have forgotten that?  Apparently, I’d never learned it; that’s how!  Here’s the rule:

Yes, I said, PEMDAS.  That stands for the order in which one performs the operations in an equation.  Parenthesis, Exponents, Multiplication, Division, Addition, Subtraction.

Would that I had left it at that!  But no, that would have been too easy.  Within the search results, I had seen this intriguing statement:  “There’s more than one way to correctly solve this problem.”

What!?!  The ONLY thing I have ever loved about math was its lack of ambiguity.  2+2=4, right?  Never mind that dreadful time I had to learn about different bases.  I’m strictly a “base-10” kind of mathematician.  But, this was algebra, and all bets were off.

Like the proverbial thread that should be left alone lest the entire sweater unravel, I should have left that intriguing statement alone.  But no, I did not.

I went on to learn that there is a “modern” and an “historical” order of operations rule.  Is nothing sacred anymore?  Don’t even start with me about not using the article “an” before the letter “H!”

My way was the historical – I interpreted that as, “antiquated, old-fashioned, senior citizen way” of solving the equation.  The “modern” way adds a new wrinkle. If two operations are equal, you perform them left to right.  Multiplication and division are considered equal operations.  Therefore, that changes the equation to 60÷5 = 12; then, 7-5=2.  Leaving you with: 12 x 2 = 24.

So, now there were two equally valid solutions to the equation.  Not satisfied, I turned to calculator apps on several devices.  After again getting two different answers, I discovered that calculators can be programmed the “modern” OR the “historical” way.

This was when that simple algebra problem transformed itself into a philosophical and theological question.

Life has no easy answers.  It is filled with ambiguity.  While we might try to simplify life’s complex problems into simple equations to arrive at an answer that satisfies us, we cannot do so for everyone.

Each of us is a unique and unrepeatable expression of God.  Though there is an order to the Universe, each of us experiences it in different ways.  Some of these ways are the result of genetics and some the result of our individual programming.

Think for a moment about an event that occurred in your life, one that included other people.  Even though you shared that event, your experience of it could be completely different than anyone else’s.

Two such examples come to my mind.  The first happened when my sister and I referred to the same towel by two different colors.  To me, the towel was gray.  To her, it was blue.  Since it was my towel, I figured I knew best what color it was.  However, I also knew that her ability to perceive and replicate colors was far superior to mine.  In spite of my programming that makes me want to be right, I was able to concede that her perception was probably more mainstream than mine.  I could accept the ambiguity of the towel appearing to be both gray and blue, depending on who was seeing it.

The second example involves my daughter and an amusement park ride known as the “Gravity Drop.”  I am NOT an amusement park thrill-seeker.  My daughter is.  This ride consisted of an impossibly tall pole, surrounded by a ring of outward-facing seats.  The ring rose upward, carrying its thrill-seeking riders. When it reached the top, somewhere near the clouds, it paused for a fraction of a second, then, plummeted to the ground. Not wanting to go on the ride by herself, she talked me into going. As we stood in line waiting for our turn, I carefully observed the ride.  I watched it slowly climb to the top of the pole, then, watched in horror as it returned. I also counted the number of seconds it took to descend. It took all of six seconds! I took a deep breath, assuring myself that I could endure anything for six seconds.  Up we went, down we came.  As we walked away from the ride, my daughter bounced up and down with excited energy.  I tried to keep my trembling legs from collapsing.  Clearly, we had had very difference experiences with the same event.

These simple examples, and countless others, come back to me as I try to make sense of the world I perceive around me.  So often, I find myself trying to resolve what appears to be a great deal of ambiguity in the manifest world.  I want to make meaning of things, and I want there to be one, absolute answer to each of the many questions I have about life.

The recent excursion into the world of algebra brought home to me the reason why the focus of my life is spiritual transformation.  Ambiguity will always exist in the world.  Each of us is not only different genetically, but our experiences are also different.  There will never be ONE purely earthly answer to life’s questions that will satisfy every one of us.  The only way to resolve ambiguity is through the spiritual art of ACCEPTANCE.  To live in the Present Moment with grace and ease is the result of mastering this spiritual art.  In this Present Moment, accept Who You Really Are, and resolve all ambiguity. All is well no matter what is happening.  Namaste.