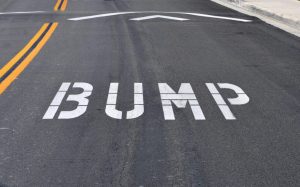 Technology, for good or bad, is here to stay.  Like most people, I like technology when it works and makes life easier for me.  When it doesn’t work, I agree with the idea behind why Microsoft named its operating system Windows – you want to throw your computer out of one when it doesn’t work!    When we think of technology today, we automatically default to our electronic devices. But did you realize that the earliest tools devised by our ancient pre-human ancestors also were technology? A rock used as a hammer and a spear crafted for hunting were not only tools but an early form of technology?

A tool is a device, usually held in the hand, that is used to carry out a particular function.  Technology is a tool that utilizes scientific knowledge for practical purposes.  The method for keeping food cold differs from an icebox to a refrigerator, but the function is the same – it keeps food fresh.  We think of technology as a modern improvement on the old way of achieving the same end, but it’s really just the word that’s modern.  I’m pretty sure, though, that when the rock split in the caveman’s hand, he got just as upset as we do when our phones freeze!

This brings me to the spiritual exercise of dealing with frustration.  Maybe it’s just me, but technology gives me more consistent opportunities for grappling with frustration than almost anything else.  During a workshop recently, I related an incident with technology that took place during the Sunday service on Father’s Day in 2020.  We were using Zoom for our services because of COVID19 and had practiced “sharing the screen” to present the Powerpoint slide show featuring our fathers.  When the time came for our producer to share her screen, something glitched.  No slide show was forthcoming.  Panic, dismay, annoyance raced through my mind, body, and emotions.  The slide show was a significant part of the service.  Without it, I didn’t have much of anything to say.  I knew we HAD to get that show up and running.  Putting aside the rising frustration, knowing I didn’t have the luxury of getting angry at that time, I cast a wide, imaginative net trying to pull in an alternative way of sharing the slide show.  Luckily, I had my laptop home with me.  I quickly booted it up, found the slide show, and got ready to run it. Then, I turned my iPad, on which Zoom was open and running, to face my laptop.  The camera on the iPad was then able to “see” the slide show running on my laptop.  It wasn’t the slickest use of technology, but it got the job done.

Reflecting on this event, I clearly saw the mental steps I took to arrive at a solution.  The first step was a refusal to give in to the glitch and abandon the slide show.  The second step was to see the glitch as a speedbump, not a roadblock.  A roadblock would have been impassable, but a speedbump just forced me to slow down.  Slowing down gave me time to look around.  That was when my eyes landed on the laptop.  The solution followed from there.

How many times do we have the ability to decide if an obstacle is a roadblock or a speedbump?  Is this ability part of our nature or our nurture? Either way, we can use frustrating events to notice our reactions and determine our own responses.  It requires some perspective to see the difference between a roadblock and a speedbump.  It also requires a degree of wisdom to know when to turn around and when to proceed.  When faced with a definite roadblock, it’s best to turn around.  The message is clear, “This is a ‘no go’ situation.”

Life’s speedbumps, however, are rich with opportunities to go forward on our spiritual paths.  Just look at what we do in real life when we come to speedbumps on the road.  We slow down, lest we damage our cars and jar our bodies.  This act of slowing down forces us to focus our attention on driving, something most of us do on auto-pilot. It also shifts our awareness from the past or the future, where the mind-made self spends all of its time, and brings us back to the present moment.

It’s in the NOW moment that the magic happens. This magic could be something as simple as noticing the landscape that’s just outside the windshield.  It could be more profound; such as, seeing that it’s impossible to have peace when we place so many requirements on its attainment.  While I might find the speedbump irritating to my human self, it is a most useful event to the spiritual being that I AM.  I might even wake up to the truth that most of my unhappiness in life originates in the belief that life ought to be the way I want it to be.  This is called “having requirements.”  Have you noticed that the rest of the world doesn’t seem to care at all about our requirements?  In fact, the world doesn’t care if you’re happy or not!  If I want to be less frustrated, I can slow down, shift my focus and use the situation before me to do the work of transformation that is my life’s work.

If the aim of your life is transformation, why not try seeing life’s inevitable frustrations as speedbumps?  Let them lead you to assess, re-align and re-energize your path forward.  The only thing you have to lose is your unhappiness!